Navigate back to the homepage

Could you tell us more about yourself, your career and how you ended up in the crypto world?

I studied mathematical economics here in Perm University. By training, I was dealing with mathematical models and then worked in the same field for almost 19 years until I got excited about cryptocurrencies. By 2014 Bitcoin was in the news, it was a pretty marginal and shady stuff, but ultimately something cool was going on. The biggest signal for me was when I learned about early experiments with the Economy of Things. I think there was a pilot developed by Samsung together with IBM on Ethereum that connected washing machines and TVs to the internet allowing them to have their wallets, bargain about the electricity consumption in real time and spend electronic money. I started to dig more and ended up switching off the software company, which I worked for, to crypto.

By that time, I met with Richard Olsen from Switzerland. He was developing an idea of tokenization and how a value can be digitally represented on a blockchain. It was a totally new way of thinking about the value. Together, we started to build Lykke in 2015. The firm was focusing on developing the exchange and tokenization platform for various assets. I think we were the first in many cases there: the first mobile wallet trading on a decentralised exchange, issued the first token that represented shares of a company, developed the first natural capital token that crowdfunded $1 million to plant mangrove trees in the Myanmar carbon project. This natural capital project - TREE Coin - later has led to my current venture called Vlinder.

You are the founder of Vlinder, could you tell us more about the organisation?

At Vlinder, we try to solve the problem of early stage financing of mangrove planting projects through innovative mechanisms. We are a team of 20 people focusing our effort to plant as many mangrove trees as possible (we planted over 2.5 million so far) and build a web3 platform that would allow people and companies to invest in forward carbon credits.

You co-wrote the article “Who watches the watchmen: a review of subjective approaches for sybil-resistance in proof of personhood protocols”, could you tell us more about the article?

Sure, this was a really interesting direction of research. If you look at the current issues of on-chain governance, the missing element is a human identity. Normally DAOs are governed by stake voting – one dollar one vote. Practically it is easy to collude with whales to influence decisions: people with the most tokens have controlling power. The challenge is how to introduce a more democratic way of making decisions.

One of the solutions would be to reintroduce the concept of personhood in internet protocols. But how can we do it? There are several approaches to it and we tried to explain and compare them in the paper.

Have you ever needed to cope with a sybil attack in Vlinder or help other organisations copying with it? How did you resist?

An immediate example would be Gitcoin that faces many Sybil attacks on its grant rounds and has to work a lot to detect and mitigate such attacks. At the end of the day Gitcoin has integrated most of existing Proof-of-Personhood solutions to protect themselves and increase the cost of Sybil attack.

What is in your opinion the most relevant challenge that crypto companies need to face today and how would it be possible to help them?

I think the biggest challenge is how to make crypto more democratic, more inclusive, and more participatory as this is its purpose. The story is full of failures where we all choose one centralised power, trust one expert who is supposed to know everything but then ends up not doing the job correctly.

This means that we should work on the cryptographic primitives for onchain democracy: identity, governance mechanisms, etc. If it works in DAOs today, it may work later for every kind of company. Therefore, we need good rules to make decisions. The challenge for DAOs today is how to interconnect with the community, how to make community goals work.

If you could give regulators one piece of advice about the upcoming regulations of the crypto market in Europe (MiCA), what would it be?

We should strive for a proportional regulation where the rights of investors are protected, but there should be enough room for personal freedoms and privacy. When you try to regulate not the people, not the actors, not the service providers, but you try to regulate the technology, like for example in the case of Tornado Cash smart contract, this is a really bad idea. It shouldn’t happen because this makes the whole space basically toxic for developers who will not develop because they can be held liable for whatever they publish as an open-source code. I also strongly believe in the power of complex networks to self-organise. The core of crypto should be self-regulated.

It makes sense to have regulation on the edges because crypto interacts with the people and sometimes there are bad actors. Therefore, we need to protect honest users. But it should be done in a way which does not kill the whole idea of decentralisation. There are plenty of examples when authorities overregulate something and it then gets squeezed out to other areas where the innovation continues. Look at China where crypto was basically banned. This pushed innovations towards other countries where regulation is not as strict.

What is in your opinion the future of crypto and why should people be interested in this world?

Crypto will serve as the backbone for the future financial system, but also for future governance and future companies. And the whole web3 actually is a new mindset of how the internet could work, how the data ownership could work, how the value should be transferred over these platforms. This is a game changing thing and I think it has a huge potential for those who want to study and work in this sector.

Let’s just build the applications which will really fit this world and let young people decide what to do with this stuff. We and our previous generations have made enough mistakes as we started the climate crisis, wars, and recessions which new generations will have to fix. They should have the tools and infrastructure to collaborate and coordinate to improve our world. Crypto is one of them.

We would like to thank Sergey again for sharing his insights. If you have any questions, suggestions or if you want to be our next interviewee, do not hesitate to contact us via info@zkportal.io 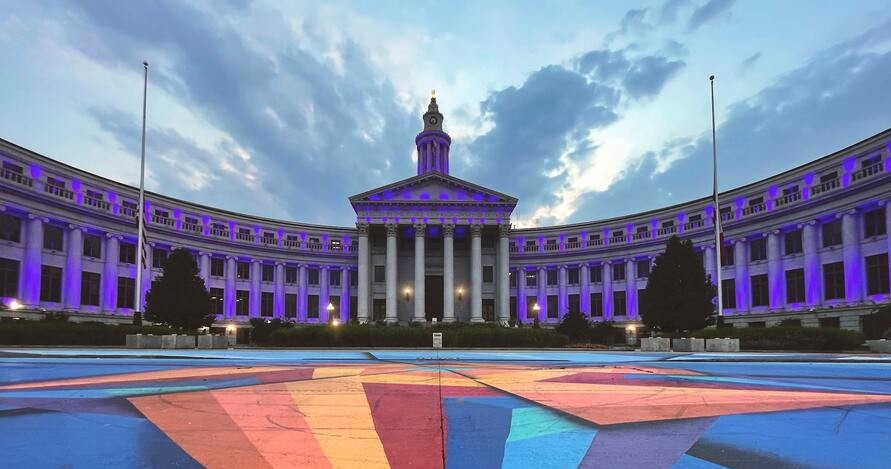 NFTs taxation and the MiCA regulation